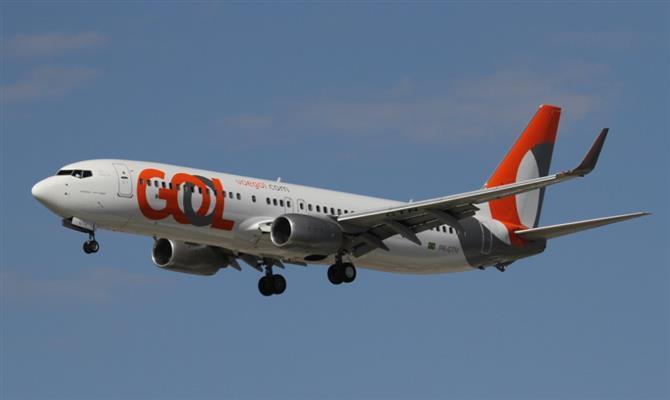 American Airlines and GOL Announce Codeshare Agreement to Oer More Daily Service Between South America and the U.S. than Any Other Airline Partnership

After it is approved by authorities in the United States and Brazil, American and GOL’s new codeshare will allow customers to connect seamlessly to 53 GOL flights beyond GIG, Sao Paulo (GRU), Brasilia (BSB), Manaus (MAO) and Fortaleza (FOR).

“We have a long and rich history in South America, and this new relationship with GOL further enhances our presence in the region,” said Vasu Raja, Senior Vice President of Network Strategy. “Our customers will continue to have access to places they’ve always loved to travel to on American like Rio, Sao Paulo and Brasilia, and will gain access to new destinations on their wish list. We’ll continue to evaluate our network and seek strategic partnerships that benefit our customers and enhance our network.”

“As two of the leading airlines in Brazil and the U.S., GOL and American Airlines will offer the best experience for customers on the largest number of flights and destinations in the Americas”, said GOL CEO Paulo Kakinoff. “This will strengthen GOL’s presence in international markets and accelerate our long-term growth.”

The new codeshare destinations in South America not currently served by American include Asuncion, Paraguay (ASU); Curitiba, Brazil (CWB) and Foz do Iguaçu, Brazil (IGU), pending government approvals. American anticipates GOL’s code to be placed on select flights. The relationship will allow for future frequent flyer redemption and accrual during the first half of 2020.

“GOL and American Airlines will now offer the most convenient flights between South America and the United States,” said Eduardo Bernardes, Vice President of Commercial and Marketing at GOL. “We have strengthened our presence in major airports to better serve our customers. The codeshare partnership will soon increase to more than 30 destinations in the U.S.”

American recently set a record at its MIA hub by carrying 30.3 million passengers last year. The airline plans to carry more passengers this summer, adding 12 new flights from six cities across the U.S.:

All new flights will be operated daily on mainline aircraft, with optimal flight times for connections to Latin America and the Caribbean from MIA. American already increased flights from Austin, Texas (AUS), with one additional flight, and New York City (JFK), with three additional flights, to MIA starting summer 2020.

“As the hometown airline in Miami, we look forward to welcoming more business and leisure customers to sunny South Florida or to connect them to places like Montevideo, where we’re the only airline in the market,” Raja said. “We will continue to meet growing demand in Latin America with strategic partnerships and more service.”

As American partners with GOL and increases service to MIA, the airline is also adding a second daily flight from MIA to GIG during the peak winter season from Jan. 7 through March 28. Flights will operate on the state-of-the-art Boeing 787-8, for a new total of 507 seats per day between MIA and GIG, including 57 seats in Flagship Business and 52 in Premium Economy.

The leader to Latin America

American has served Latin America since 1942 and currently employs more than 3,300 team members, with four flight attendant bases in the region: Bogota, Buenos Aires, Santiago and Lima. American flies up to 170 daily flights to 55 destinations in 18 countries in Latin America, from eight hub airports, as well as from Boston (BOS). The airline recently announced increased service on the heels of celebrating Miami’s 30th anniversary as its leading Latin America hub. The new service includes more daily flights to Lima, Peru (LIM), beginning March 29; increased service to Santiago, Chile (SCL); and an additional flight to GRU beginning winter 2020. Those new flights are available for purchase now.

About American Airlines Group
American Airlines offers customers 6,800 daily flights to more than 365 destinations in 61 countries from its hubs in Charlotte, Chicago, Dallas-Fort Worth, Los Angeles, Miami, New York, Philadelphia, Phoenix and Washington, D.C. With a shared purpose of caring for people on life’s journey, American’s 130,000 global team members serve more than 200 million customers annually. Since 2013, American has invested more than $28 billion in its product and people and now flies the youngest fleet among U.S. network carriers, equipped with industry-leading high-speed Wi-Fi, lie-flat seats, and more inflight entertainment and access to power. American also has enhanced food and beverage options in the air and on the ground in its world-class Admirals Club and Flagship lounges. American was recently named a Five Star Global Airline by the Airline Passenger Experience Association and Airline of the Year by Air Transport World. American is a founding member of oneworld®, whose members serve 1,100 destinations in 180 countries and territories. Shares of American Airlines Group Inc. trade on Nasdaq under the ticker symbol AAL and the company’s stock is included in the S&P 500. Learn more about what’s happening at American by visiting news.aa.com and connect with American on Twitter @AmericanAir and at Facebook.com/AmericanAirlines.

About GOL Airlines
GOL Airlines is the largest airline in Brazil, transporting more than 33 million customers per year. It’s also a leader in both leisure and corporate travel markets in the country. In 19 years of history, the airline has a key role in the democratization of the air transport in Brazil, becoming the largest low-cost airline in the industry with the best rate of Latin America. Currently, it offers 750 daily flights to more than 100 destinations — in Brazil, South America, the Caribbean and, and the United States — with a standardized fleet of 125 aircraft Boeing 737. The company maintains strategic alliances with Air France and KLM, besides offering to customers 14 codeshare and 77-plus interline agreements, bringing more convenience and ease in connections to anyplace served by these partnerships. Aiming at being the First for All, GOL has continuously invested in products, services, and customer service to deliver the best travel experience. #NovaGOL strengthens this concept, presenting a company that leads in different aspects — punctuality and comfort with the increased supply of seats and more room between seats; connectivity and entertainment, offering the most complete platform with Internet, movies, and complimentary live TV; the offering of VIP Lounges for domestic and international flights; the best loyalty program in the market — Smiles; and a customer service recognized and awarded by various organizations, such as Brazilian’s ANAC (the National Civil Aviation Agency of Brazil), consumer advocate website Reclame Aqui, and the Brazilian Forum of Relationship with the Customer. As for cargo transport and logistics, GOLLOG enables the acquisition, distribution, and delivery of parcels for various regions of the country and abroad. Internally, GOL relies on a team of 15,000 aviation professionals — highly qualified employees who are always focused on safety, the airline’s number one value. More information at www.voegol.com.br.